Just like Bloomfield and Garfield, Friendship was also acquired by Casper Taub, who claimed Friendship from the Delaware Tribe just before the American Revolution.  Eventually, Taub's daughter went on to marry Joseph Conrad Winebiddle, and one of their daughters, Kitty, inherited the land of what is now known as Friendship. Friendship was initially built as a streetcar suburb, which is a residential community whose expansion was forged by the use of streetcar lines as the main means of transportation. The homes in Friendship were designed for professional-class families during the Victorian era. The neighborhood was populated by prosperous families from 1890 to the 1950's, and in the 1960s, many middle-class families relocated to the suburbs. These families were seeking more opportunities outside the city. Zoning changes also occurred throughout the Friendship neighborhood. By 1980, over 70% of the housing stock was owned by landlords who broke up the Victorian homes into multi-unit apartments.  Friendship's rebirth didn't come until the late 1980s, when the urban homesteaders moved into the neighborhood and established the Friendship Preservation Group and Friendship Development Associates. Today, although Friendship is an explicitly residential neighborhood, it is on the rise. It is attracting artists and architects to the neighborhood, bringing with them a much needed revitalization. 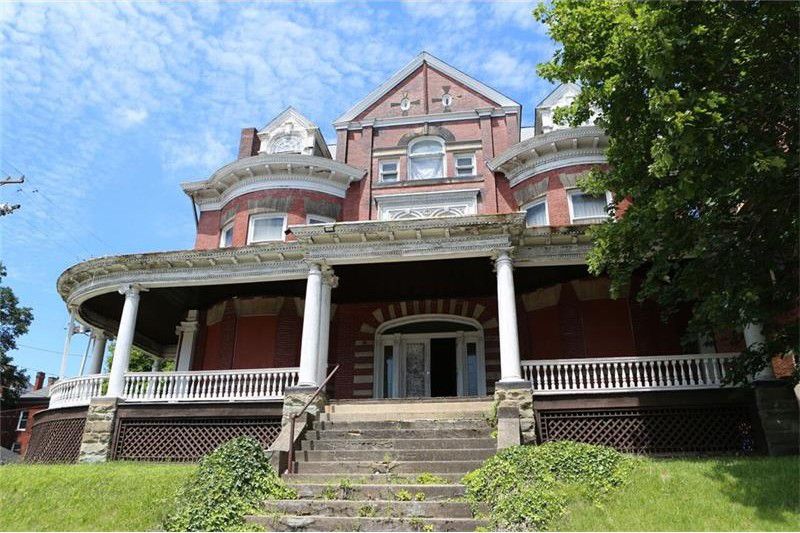 This Friendship Park mansion was once owned by the founder of American Natural Gas Company, Xavier Wittmer
Photo Courtesy of Realtor.com​
Friendship is made up of primarily single family and multi-unit houses, and is relatively small in area. Residents of Friendship are deeply involved with the progress of their neighborhood. This is illustrated through the creation of Baum Grove Parklet, a former parking lot that residents turned into a small park and greenspace! The lot that this park sits on was purchased for one dollar by the Friendship Preservation Group and Friendship Development Associates. It was transformed into a quarter acre triangular parcel that houses two rows of large ginkgo trees and ivy covered walls. This green space features gardens with benches and paths as well. It quickly became known as the heart of the neighborhood, and is the site of the annual Friendship Flower and Folk Festival. This festival is the neighborhood's biggest block party, and is held every year the day before Mother's Day. At the festival you will find local bands performing, food, children's activities, and a bounce house.  The festival offers flowers and vegetable plants for sale as well as local works of art. This is a great way for the community to spend time together and get to know one another, making the Flower and Folk Festival a can't miss event! Altogether, Baum Grove Parklet is a great place for people in the community to relax, socialize, play music, and enjoy the scenery.
Although there are no restaurants located directly in Friendship, two of the city's best eateries lie on the boarder of Friendship and Garfield.  First, there is Spork, a small plates, chef-owned restaurant. Their food is made from scratch and the chefs work with local farmers to make all their offerings fresh and healthy. Spork won the Open Table Diner's Choice Award in 2017 making them a must try restaurant. Their menu features many different items, but they are most well known for their various meat and cheese boards. Walk three blocks down from Spork and you will find Fish Nor Fowl, a modern American style restaurant located on Penn Avenue. Fish Nor Fowl is owned and operated by the Richard DeShantz Restaurant Group, which was named Pittsburgh Magazine's 2019 Restauranteurs of the Year. The restaurant is only open for dinner, 5 days a week (Tuesday-Saturday) and can get pretty crowded, so make sure you call ahead. At Fish Nor Fowl, they are passionate about making fresh, seasonal food, and every dish is a work of art. Combine the delectable cuisine with an award winning cocktail menu, an​d you've got one of the best restaurants in Pittsburgh!
One of the major benefits of living in Friendship is the easy access to some of the most sought after neighborhoods in Pittsburgh. Friendship is bordered by Bloomfield, Garfield, Shadyside, and East Liberty, which all offer unique shopping and dining experiences. If you love to shop til you drop, Penn Avenue in Garfield/ East Liberty is full of places to check out. Liberty Avenue in Bloomfield is also a good place to explore, and they offer some of the more unique shops in the area (like a doggy bathhouse and a shoe restoration business). These places are great, but the best place to shop in the area might be Walnut Street in Shadyside. There's an Apple store, Patagonia, Lululemon, Sephora, Banana Republic, and much more, all within a quarter mile! These areas are all less than three miles away from Friendship, making it just another stop on your morning walk. 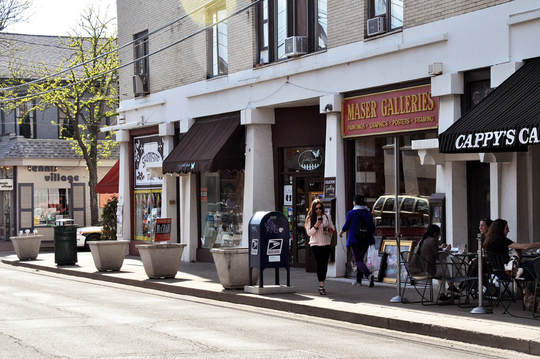 Walnut Street in Shadyside is only a short ways away from Friendship, and is a great place to dine and shop
​Photo courtesy of Walnut Capital
Although Friendship is small, it has so much to offer! It's small size allows residents to feel like they are part of a real tight-knit community, and it is close to some of the best shopping and dining areas in the city. Residents of Friendship truly love their home and have worked hard to develop it into the community it has become today!

Get more money when you sell your home!